In a 10 year period since 2004, the UK gambling and betting industries have more than doubled in both turnover and gross added value (GVA); growing by 132.9% and 153.6%, respectively.

2005 saw the peak period for the number of enterprises engaging in the gambling and betting sector at just under 2000 in the UK alone. Since then, due partially to mergers and acquisitions, but mainly due the high competition, the number of competing business is on the decrease.

Strong turnover and GVA growth, in combination with the reduction of enterprises engaging with the sectors, means good news for those already operating within this lucrative market.

One of the key influencers for the growing gambling and betting sectors is the innovation and acceptance of online and mobile gambling. The rapid uptake of smartphones, development of 3G and 4G technologies, rise of in-play betting and HTML5 games all contributed greatly to the record 16.6% growth in the sector over 2015. 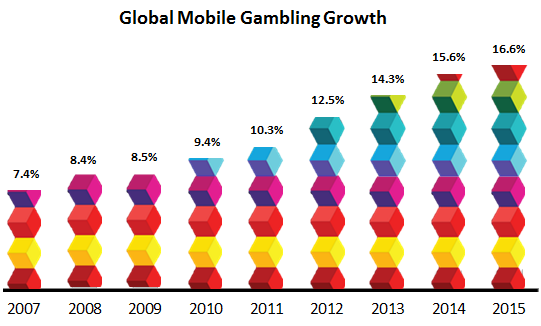